10 Clear Signs: Is He Serious About You or Playing Games With You?

Falling in love isn’t easy, I had my share of misfires… But when you do fall in love, it’s only natural to wonder at some point if your man is in it for the long run.

You probably dated the guy for a while now and the two of you are really comfortable with each other. You even start thinking about how exciting a future together will be. At some point, you start to think (and over think) about different things in your relationship.

So you ask yourself if that guy is serious about you.

Well the truth is, guys are usually uncertain about their own feelings. They can be indecisive about what they want from their relationships.

This can make you question their level of seriousness in your relationship.

One thing is certain about guys though, when they are really serious about you, you will see it in their actions.

You just need to pay attention to the following signs and see whether or not your guy is serious about being with you.

1. You are a priority to him

This simply means that he makes time for you no matter what.

Because you are a priority to him. He does not make excuses about not being able to see you. In fact, he goes out of his way just to make sure he sees you. He doesn’t give you a reason to doubt the fact that he cares about spending time with you.

A guy that is serious about you is going to take the time to get to know you on a deeper level. He won’t rush into anything serious without getting to know you first.

And he takes interest in you! your preferences, your values, beliefs, fears, favorite color, food, movies… Everything. He will try so hard to get to know and you will see that.

3. He remembers the little things

Although guys are not particularly known for their ability to pay attention to detail, or in general (kidding!). A guy that is serious about you will notice even the small things and remember them.

He gets food from that restaurant you love and said you were craving on his way home, he’ll surprise you with a bottle of the perfume you love but just ran out of.

He does these things because he cares about you and what makes you happy, it tells you he’s serious about your relationship.

4. He includes you in his interests and hobbies

A guy who is serious about you will share his hobbies with you and will find a way to include you in his interests. He shares (sometimes too much) about his interests because he wants you to be a part of everything that’s going on in his life.

5. He introduced you to his friends and family

This is probably one of the most significant signs that he is serious about you. Family and friends are the biggest characters involved in anyone's life.

If he doesn't see you as part of that, chances are he is not that serious about you.

Introducing you to his friends and family is a big sign that he is proud and happy to be with you, it shows that he wants you to be part of his life.

6. He invites you places as his “plus-one”

Getting invited to events like weddings and office parties. A man’s plus-one is serious business. It shows that he is very much into you and sees himself with you.

By inviting you to these events he is putting your relationship on display. These are important things that are going on in his life and make up for a big part of it.

Bringing just a casual date to these isn’t something most men are quick to do. If he wants you there, He is serious about you being a part of his life.

7. He is not afraid to invest in your relationship

After a certain amount of time together, any serious guy considers things like moving in together, sharing a Netflix password, or even adopting a pet. If he considers doing these things with you, there’s a big chance he can see the two of you together forever.

8. He values your opinion

When a guy asks for your opinion and listens to every single word you say, there’s no bigger sign that he respects you. He wants to know your views and opinion on things because you matter to him.

Listening is a great way to show someone that you are serious about them and what they have to say. If he wasn't as interested in your relationship, he wouldn't take the time to ask you about your opinions and actually listen to what you have to say. Harsh but true.

9. He keeps his promises to you

There’s no doubt in your mind that he’ll do what he promised. If he promises you a weekend getaway, he will be available to take you on that getaway. He will not make excuses about not being able to make it.

He will try as hard as he can not to disappoint you because he cares about you.

10. He tries to resolve your arguments

Every couple argues every once in a while. A guy who’s serious and cares about you will try to resolve arguments and not escalate them.

He will not talk down to you or raise his voice at you during an argument because he respects you and you are precious to him. He will treat you well because he doesn’t want to lose you.

If your guy shows some of these signs or most of them, you can rest easy. Stop doubting his intentions with you. He is most certainly head over heels crazy about you and he will do anything to keep you in his life. 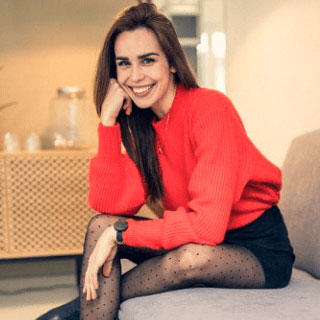 About The Author: Professional writer. Marketing aficionado. Digital nomad wannabe. When I'm not writing, I'm probably discovering new places around the city, drinking some good beer with friends or dancing.