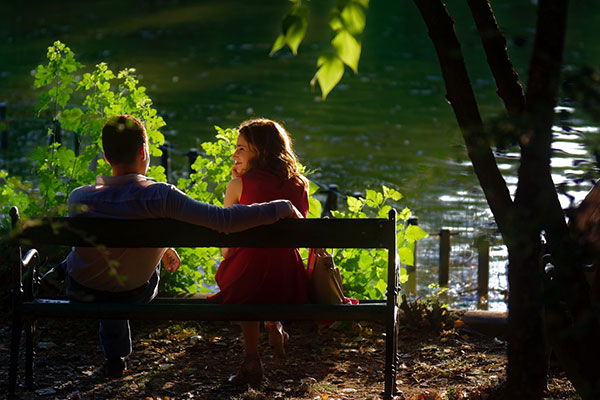 In my early twenties, I was very attracted to older men. In fact, older men were the only type of guys that I was interested in. I was very mature for my age, and my peers seemed childish and boring. Maybe that's the reason my first serious boyfriend was ten years older than me. A few years fast forward, I found myself in the arms of a much younger man that made me wonder what was with that fascination with the oldies.

Here are my observations with some pros and cons of dating an older man vs. dating a younger man.

When our common friend introduced us, I didn't see Luke as a potential partner. He wasn't exactly my type: too short to my liking, with a slightly receding hairline, and he seemed to be very reserved. And even though I preferred older guys, I thought he was too old for me. The three of us were hanging out together and having fun as friends would do. One thing that piqued my interest was that Luke was very attentive, much more than a friend would be, and who doesn't like attention? Certainly not me. Not sure if it was a coincidence, or a well-planned move of my friend when he bailed from our planned outing one night, but Luke and I ended up going to a concert together. That's when we finally exchanged our phone numbers, and the texting game began.

1. He is an interesting conversation partner

It took around a hundred text messages and one dinner date for me to start thinking that I am really enjoying conversations with Luke.

He was damn good at wordplay: sophisticated yet fun, saying enough to keep the conversation flowing and, at the same time, too little to satisfy my curiosity, leaving me hanging for more. There was always intrigue and great depth in our dialogues, making them stimulating, but not tiring.

Luke's worldliness and life experience made it impossible to run out of conversation topics. I felt like I had a teacher who could open up the doors to the unknown dimensions. He was teaching me about different grapes and wine regions; he was sharing his stories about traveling in Asia; he was introducing me to the best independent movies. And I was a young student who was eager to soak up all that knowledge.

2. He knows how to treat women

Luke was financially stable, and he showed me a different side of life that I had never experienced before. Gourmet dinners at the best restaurants in town, craft cocktails at speakeasy bars, weekend getaways, flower bouquets delivered to my work became my daily life.

He was showering me with attention. It felt like he knew what to say and what to do to please me. My heart was melting when he'd show up before I finish work with my favorite coffee and a cupcake. Or when I worked late shifts, he would bring homemade dinner so we can have a picnic in his car.

Luke had excellent manners, and he was also good with compliments. He treated me like a lady, and his attention made me shine. Could I have asked for more?

3. He has his ways that he wouldn't change

Being almost forty, he had his ways of doing things, and he was not willing to change that. One of those things that drove me crazy was him living in his old family house, not wanting to move anywhere. I should probably add that his mum lived in the same house as well.

As our relationship with Luke progressed, I mentioned the possibility of living together, but his answer was a firm 'no.' The main argument was that his parents' house was big enough for me to move in and that renting a place was a waste of money.

As much as I liked Luke's mum, living together in the family house was not exactly my vision. For over a year we were altering the days we stayed in my place and his mum's house, while I still hoped he would eventually want to have a home that we'd call ours. When the lease of my tiny apartment was about to expire, I popped him a question about how he imagines our foreseeable future together. His answer was, "In my mum's place." That's where I left him, and I have a feeling I would still find him there today.

Gabriel appeared on my Tinder screen. That night I was bored at home, so I decided to adjust the age filter just to perve on some young scantily clad bodies with shiny bicepses and six-packs (oh yeah, there is no shortage of those on Tinder, especially in the age range of 20 to 25). Some of the guys were cute, but I never planned to contact them, let alone go on a date. That's until Gabriel's photo popped up. No, he wasn't showing off his sixpack, but he had this mischievous smile on his face and little devils in his eyes. I took a sip of wine and swiped right.

When I met Gabriel precisely 12 hours later (after some very intriguing conversation via messages), he was even cuter than in his photos.

Youthful self-confidence was radiating from his pores. He looked at me with his eyes slightly squinted, and the mysterious smile that I recognized from his photos revealed cute dimples on his cheeks. I was getting goosebumps even from looking at him.

The seductive charm of his tentative touch. The scent of his perfume when he'd lean closer during our conversation over a cocktail. The room was electrified with his presence. He wasn't even making a move, at least not an obvious one, but his confidence was so sexy, and my hormones were raging.

You have probably already guessed the direction things took. To my great surprise, Gabriel was quite shy in bed at the beginning, but boy, he built up his confidence quickly, and whatever magic he was doing to me, it was nothing like I experienced before. It's not that he knew it all, but he was reacting to my slightest hints, and he would not have enough of me. He reminded me how insatiable I used to be before sex with my older ex became a boring routine.

Gabriel woke up a wild puma in me: I was getting excited about the slightest thought of him, and I wanted him everywhere. We would escape a friends' party to have a quickie in his car. He would lift my skirt up in the hallway before leaving for work. He would come back to the room with a hard-on from the shower, moments later, after we had let some steam off in the bedroom. We would have sex a few times a day. Miss Insatiable - that's how he called me, but in fact, he was the insatiable one, and I was just playing along (and surely enjoying it).

3. He is not ready for commitments

Everything was amazing with Gabriel until I started thinking that I am ready to take the next step and suggested moving in together. He started stuttering, saying that he needs to think about it and kept on postponing the conversation until I asked a straightforward question if he imagines his future with me. He told me he needed space and that things were evolving too fast. He didn't break up with me, but I took the next step myself and moved to another city, putting an end to our steamy relationship.

Don't get me wrong; I never regretted any moment spent with Gabriel. However, I was at the stage of my life where I knew what I wanted and I was ready for a commitment more than ever. He surely wasn't a lifetime partner material, and I am glad I was able to admit it.

So what do I prefer, you may ask: dating an older man or dating a younger man? Honestly, both scenarios have advantages, but for the past couple of years, I've been dating a man of exactly my age, and I am feeling relieved. The fact that we were born around the same time makes it easier to understand each other, and we have similar education and likes for certain things. We are at around the same point in our lives, taking it seriously and not looking for short term flings. The best part is that we understand each other, sometimes even without words, and we are willing to adjust to each other. While I can't prove it depends entirely on our similar age, it is definitely one of the factors that come into play and make the relationship work. 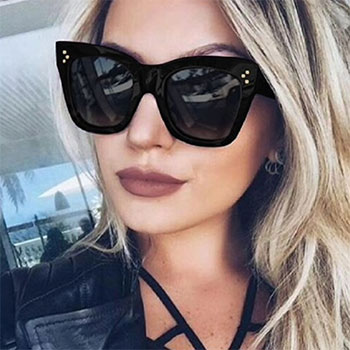 About The Author: Emma enjoys observing and exploring the world around her and writing about her discoveries. Human relationships is her favorite topic, and she likes to analyze them from a psychological perspective. She is a contributing author at Thought Catalog, GoDates, and several other media outlets.