The Difference in Online Dating Behaviors Between Women and Men

In 1992, relationship expert John Gray famously declared “Men are from Mars, Women are from Venus”.

Today, we use this metaphoric statement to describe all those differences in how men and women perceive the world, life, relationships, problems and communication. It covers everything from huge, irreconcilable rifts to tiny, everyday quirks.

There is a whole body of research and writing related to how men and women approach dating differently. Generally speaking, it’s considered that men and women have different expectations from the “dating game”, resulting in disappointment for one or both sides.

However, what’s not so well-researched and analyzed is behaviour in the intricate chess match that we call online dating.

Online dating services have been around since the dawn of the internet, but they have really gone through explosive growth with the arrival of Tinder, OkCupid, Bumble and other trendy dating apps.

In this article, we’re explaining some of the major differences between men and women when it comes to online dating behaviours. Whether you’re a single person venturing through the waters of the dating sea yourself or someone who’s just curious about how it all works, prepare for those question marks above your head to shatter.

Who’s going to be “making the first step” is one of the basic questions about dating that’s been around as dating itself.

Of course, in traditional cultures, it’s expected that the man is the one who approaches a woman first. This goes for all major world cultures, with some exceptions (such as Scandinavian countries).

The concept of the first contact has to do with social conventions and dominance. We’ve mentioned social expectations above (they relate to the most common practice in a given culture), but dominance has a more evolutionary-biological undertone.

What’s the deal with making the first step in online dating?

Just like in the real world, it’s expected that men should establish the first contact and approach someone they like, but it’s definitely not out of the ordinary for a woman to do so, too.

In this regard, online dating has gone light years ahead of what we previously considered “normal”.

2. The Importance of Looks and Charisma

Another age-old question in male-female relationships is “How important are looks when searching for a partner?”

A surprising finding of an online dating research Computational Courtship: Understanding the Evolution of Online Dating through Large-scale Data Analysis found that average-looking men are “the surprise winners of online dating”.

On the other hand, men are not so forgiving when it comes to looks in online dating and are looking for partners who they find highly physically attractive. In an online dating experiment, it was shown that two of the most attractive women included in the test received 83% of all messages.

How is this phenomenon explained?

Well, when it comes to women, good looks are just among some of the factors important for finding a partner on an online dating platform. According to surveys, women place just as much importance in other traits, such as humor, education, professional background, hobbies and interests, and conversational skills.

On the other hand, the tendency of men to prioritize looks can be linked to the first point – approaching first. Before initiating contact, men don’t have as much information about a woman’s traits, so they have to rely on physical attractiveness as a differentiating factor.

The general opinion is that women are pickier about their partners and that they are more likely to reject multiple potential partners until they come across their Mr. Perfect. Is this also the case in online dating?

Surveys suggest that it is. Research from Queensland University showed that women have a lower swipe-right rate than men. However, the study also found that men become pickier with age.

“I’m generally very picky. But, when I look at my experience on Tinder, it looks like every time I swiped right on a man, they liked me back. This led me to the conclusion that men swipe right to me far more than I do. It’s something that my women friends also noticed in their experience. Of course, it can be a generalization, but it looks like men are generally less picky than us”, says Marie Fincher, a writer at TrustMyPaper.

Another interesting aspect of online dating is the tendency to lie and “spruce up” some of your personal information. This is something that we often see in real-life dating as well. After all, a first date is nothing more than humblebrags and trying to present yourself in the best light, right? It’s unlikely that you would share your financial issues or health problems on a first date with someone.

According to research by OpinionMatters, the majority of people (53%) lie on their dating profiles. Wow! Here are the top three facts that they usually lie about:

The research found that one in every five women posts a picture from their younger days. Women also have a tendency to lie about their age more often than men.

On the other hand, men are more likely to lie about their financial status and professional career. The study found that more than 40% of men lie about their career and job position in order to appear more successful.

5. Men vs. Women: Expectations and Goals of Online Dating

The online dating universe is a weird place. In its basic form, it should serve as a platform for single people to meet and fall in love.

However, when you look at the “participants” of online dating platforms, you will find wildly different wishes and preferences, ranging from casual sex to marriage. Having an initial misunderstanding about the relationship expectations is one of the main causes of disappointments in online dating.

Of course, there is a whole myriad of possible expectations and approaches from any given person participating in online dating. Generally speaking, men are often more interested in casual relationships and playing the field, while most women seek something more serious.

Whenever you’re starting a new relationship (or more likely, situationship), try to communicate your expectations and needs as soon as possible. You can often hear women complaining about “wasting time” on an emotionally unavailable man, while their wish to have a serious relationship was never clearly communicated.

However, in the online dating world, you should tread carefully when mentioning this topic. Many people are scared of opening up too soon and you could end up chasing away someone for appearing too needy too soon.

To successfully sail the seas of online dating, both men and women have to be aware of the differences in behaviour of the opposite sex.

For example, just because you’re a woman, doesn’t mean that you can expect the same kind of approach, ideas and plans from a potential male partner.

The chances of finding true love and establishing a successful relationship become dramatically higher when you’re well-versed in the ways of the opposite sex. So, if you want to find the one on Tinder, OkCupid or other dating apps, make sure you are aware of how the opposite sex thinks and reacts! 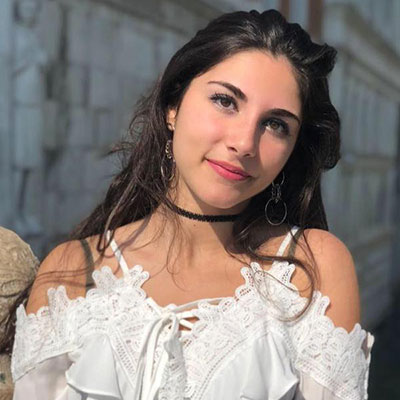 About The Author: Diana Nadim is a writer and editor who has a Master degree in Marketing. She combines her passion for writing with her interest in research and creates thought-provoking content in various fields. Besides working as a contributor writer for Studicus, Diana also runs her own 3to5Marketing blog.