Single life can be fun and liberating, but it's also incredibly tough for most of women. That's especially true if you're not single by choice. Whether you've been on a relentless quest to find the perfect man or have been daydreaming about him, repeated disappointments can turn youthful optimism into hopeless despair. Before you give up however, you should consider the possibility that you've been making some avoidable mistakes that most women do. The great thing about mistakes is that you can learn from your own or from those made by others and take evasive action. So, here are 10 of the most common mistakes that single women make.

Every little girl dreams of being a princess, who will someday find her knight in shining armor. Unfortunately, most of us aren't princesses and most men aren't knights in shining armor – not even those who might be perfect for you. While it's good to know what you want, don't forget that you're not shoe-shopping – we're all human beings and we're deeply flawed. No man will be good enough for you if your expectations are plain unrealistic. Waiting for the perfect match who ticks off every requirement on the list can keep you waiting forever. Or worse still, it could lead you the realization that your perfect man is not so perfect for you. Most women who find happiness in relationships will tell you that their 'soul mate' is probably nothing like the man described in their lists.

Most of us are raised in a society, with a culture and media obsessed with coupling. From Valentine's Day to the New Year's Eve, no occasion is without reminders that you need to be in a relationship (and wealthy) to be happy. The pressure on women to get married, settle down, and have kids can be even greater. It's especially tough when most of your friends seem to be doing just that! Despite what some everyone might tell you, you don't 'have' to be in a relationship to find happiness. In fact, rushing into a relationship can be a recipe for a lifetime of unhappiness. Before you look for a partner to make you happy, you should do some introspection and find happiness within your own life.

3. Thinking Your Time Has Run Out

Even in the absence of societal pressure, single women often believe that they're running out of time. That's simply not true anymore and our lives just don't follow as predictable a timeline as previous generations. It's both men and women who are delaying marriage, living single lives of self-discovery and achievement, hoping to eventually find someone to share that life with. But, there's no rush, no desperation. Trying to rush things because of your age, can lead to poor choices and failed marriages. Keep your eyes open, but don't get desperate.

4. You Want a Trophy Husband

Media depictions of the alpha male have evolved over the years, from brawny hunks to metrosexual billionaires. The one thing they all have in common is that they are dead wrong about what's right for you. Life can be tough, which makes money and power enticing. Unfortunately, men who seem to have it all might not be right you - your alpha male could turn out to be a self-centered narcissist or sociopath. Don't be so blinded by appearances and material rewards that you overlook someone who might be kind, witty, and talented, and most importantly who genuinely loves you.

5. Thinking You Can Change Him

As much as every woman wants a knight in shining armor, she also wants to be the muse, mentor, or 'wind beneath his wings' to propel him to greatness. Being supportive, encouraging, and patient are healthy traits that will help in your relationship, but there's a difference between patience and empowerment. If a man treats you with disrespect, disdain, and abuse, quit trying to change him and dump his sorry ass.

Yes, there are lots of fish in the sea, but that doesn't mean you have to catch 'em all! It's a good idea to be open-minded and to meet people before you decide that you've found 'the one', but if you're dating a multitude of men or jumping from one relationship to the other you're doing it wrong. Dating too many partners can leave you feeling confused and dissatisfied if you're looking for a long-term relationship. Furthermore, this can also leave you vulnerable to infections such as mono aka the "kissing disease" or worse.

7. Opening Up Too Soon

Whether you find a date through your social circle or an online dating app, honesty is always appreciated. Of course, there's a difference between honesty and giving it all away. Being honest and open with each other is essential for a healthy relationship, but in the early stages it's a good idea to leave a little mystery. Revealing too much about yourself can also leave you vulnerable to players, who will use that knowledge to manipulate you. Don't lie or put on an act, but don't reveal more than you need to.

8. Griping About Your Ex

Bitching about exes and plotting vengeance may have worked like magic for Meg Ryan and Matthew Broderick in 'Addicted to Love', but we're rarely as lucky. No matter how big a jerk your ex may have been, constantly raving and ranting about him or her just reflects poorly on you. Your date will get the impression that you're not over your ex or that you're bitter, angry, and vindictive. If you must talk about your ex, keep the conversation to a minimum and stick with facts, not emotions.

You probably know that you shouldn't behave in a manner that is judgmental and condescending when you're with your date. In truth, you need to keep a check on those tendencies at all times or you could still sabotage a relationship before it even begins. It's one of the most common mistakes that single women make. Micro-analyzing a new love interest and relationship is unhealthy and magnifies minute flaws and imperfections. Besides, most of your judgments will be flawed as you can't really understand a person's character from a just a few dates.

No matter how long you might have been dreaming of getting married, pushing a man towards making a commitment is never a good idea. Unfortunately, this is precisely what many single women do and it makes men feel trapped or cornered. Their natural response is often to run and that's the end of what could have been a great relationship. So, no matter how subtle you think you're being, don't try to steer the conversation towards the subject of marriage. Long term planning and commitments are only appropriate when you're in a long term relationship, not when you're just starting one.

Understanding what you've been wrong can help you take steps to avoid making the same mistakes again. It's a part of self-analysis for self-improvement, not self-analysis for self-pity. So, don't beat yourself up about the mistakes you have made or what could have been. Instead, use your experiences and those of others to improve your odds of finding happiness and the love of your life. 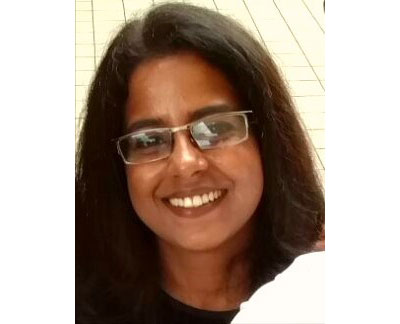 About The Author: Anita Fernandes has been writing extensively on health and wellness for over a decade. She has expertise in nutrition, fitness, public health, and weight loss and has contributed content to a variety of leading digital health publishers. Anita has a unique perspective on healthy living and lifestyle, as she has battled and overcome eating disorders and obesity. She shares her experiences in an effort to help others overcome the physical and mental health problems that can sometimes seem insurmountable.