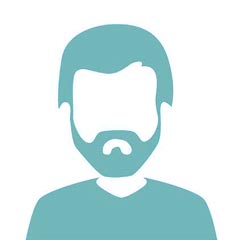 benjden: Seeking a long blonde-haired lady who resides in Nanaimo, BC This section compares your answers vs. their answers based on Relationship, Dating Compatibility and Personality Test Questions that you both answered. When you are logged in and both users have answered questions, a match percentage for both users will be displayed here! This user has answered 164 popular questions - click the button below to browse through their answers and details.

Ben has a strong need to belong, and the organizations or groups he chooses are lucky to attract this thoughtful, hardworking, and devoted individual. As a dominant Introverted Sensor, Ben focuses all his energy on the problems or issues that is before him at the moment. Ben is painstakingly accurate when working with facts, attentive to details, and methodical in applying both qualities while working. Ben likes gatherings, analyzing, and applying data for some useful purpose, and documenting the results. Ben generally has an excellent memory, and is especially good at remembering dates and events that pertain to people. Consequently, he often fills the role of unofficial family or office historian.

Quiet and reserved, Ben is a loyal and devoted family member, friend, and co-worker who takes his responsibilities toward others very seriously. Sensitive and sympathetic, Ben is a good listener, eager to help people in real and practical ways, which Ben does best by drawing on his own personal experiences. Because Ben doesn't like confrontations and is uncomfortable when people are unhappy with him, especially people close to him, Ben usually tries hard to accommodate others and to avoid arguments. Ben is also often a reluctant supervisor or manager, who disdains disciplining or evaluating subordinates, and may suffer great anxiety if he has to fire someone.

Work and Career
Ben lives in the world of sensation, Traditional careers for Ben include: teaching, social work, most religious work, medicine (general practice only), clerical and secretarial work of any kind, and some kinds of administrative careers. In the workplace, Ben is a methodical and accurate worker, often with a very good memory and unexpected analytics’ abilities; he is also good with people in small groups or one-on-one situations because of his patience and genuinely sympathetic approach to dealing with people. Ben makes a pleasant and reliable co-worker and exemplary employee, but tends to be harried and uncomfortable in supervisory roles.

Ben is super dependable and seldom is happy working in situations where rules are constantly changing, preferring the rules to remain stable; he relates well to people who need him for example, the sick, the ignorant, students, and the boss. Much satisfaction comes to Ben, taking care of the needs of others and gives the service gently and helpfully. When the recipient is no longer in need, the relationship may change in character; Ben enjoys assisting the down-trodden and can handle better than other types servility to others. If a situation calls for such behavior on Ben's part, due respect will be shown; has an extraordinary sense of responsibility and an outstanding talent for executing routines which calls for repeated, sequential procedures; for example, Ben makes an excellent highly medical person or as a dedicated teacher. Speculation and theory does not intrigue Ben, who would rather leave the less practical matters to others while remaining practical and down-to-earth.

Love and Relationships
Ben has a few close friends, and is extremely loyal to these, and is ready to provide emotional and practical support at a moment's notice. The older the friendship is, the more Ben will value it.

A trait that is easily misunderstood by those who haven't known Ben for long is that when he is is often unable to either hide or talk about any distress he may be feeling. He may drive a (later ashamed) friend or family member into a fit of temper over unexplained moodiness, only afterwards to explain about a death in the family they "didn't want to burden anyone with." Those close to Ben should learn to watch for the warning signs in these situations and take the initiative themselves to uncover the problem.

Ben is devoted to partners and family and usually is an excellent homemaker. His home is likely to be well kept inside and out. Interior and exterior are meticulously maintained and appointed in the traditional manner. As a parent, Ben expects the children to conform to the rules of society and has a feeling of personal responsibility to see to it that these rules are honored. Ben is apt to find the putting on the airs of offensive and tends to prefer modest, quiet friends, rather than more boisterous ones. For Ben, people should behave according to their position in life, and Ben may be annoyed by others who act either above or below their social or economic station.

Ben is concrete in communicating and cooperative in pursuing his goals; his greatest strength is logistics. Ben's most developed intelligence role is either that of the Conservator (Protectors and Providers) or the Administrator (Inspector and Supervisor).

As the security seeking temperament, Ben is a practical and frugal type, who shares certain core values, among them the belief in a strong work ethic, the need for people and institutions to be responsible, the importance of following the rules and of serving one's community. Ben values experiences, and seeks a tangible return on his or her investments. Believing in common sense, he is not attracted to idle speculation; is the glue of civilization, maintaining and nurturing institutions that have been established by the dint of hard work. Ben tends to be conventional and cooperative in his work, wanting to make sure everybody gets what they deserve, no more and no less. Ben follows the rules and conventions of his cohort or group and expect others to as well.

In romantic relationships, Ben regards himself as a helpmate, working together with his or her spouse to establish a secure home. As a parent, Ben focuses on raising the children to become productive and law abiding citizens. In business and social situations, Ben is a stabilizer, establishing procedures and ensuring that the material needs of the group are met.

Guardian - Artisan pairings combine a love of fun and pleasure now with planning for the future. They combine social responsibility and meeting obligations with taking care of himself and being free. Artisans can help their Guardian partners stop and smell the roses while Guardians can help Artisans look to maximize enjoyment between now and the future. When these couples fight, they are likely to accuse each other of being judgmental, too rigid, irresponsible, and selfish.

• Introversion
While Ben may not be anti-social, he does need (and deserve) his private time and space to retreat from the world. Unlike extroverts, Ben needs to develop a concept of the world or some aspect of it before experiencing it. Too much socializing may zap his energies, which are derived from exploring the inner world of ideas, impressions and pure thought.

• Sensing
Ben usually gathers information with his senses: what he can see, hear, taste, touch and smell in the physical world. The facts gathered from the sensory data he processes --- are the building blocks of his model of our world. Ben concentrates his energies on what actually exists and do not ponder what might exist too much. He is usually practical and relies on his common sense to guide him through the world. Ben sees things as they are and have little or no need to search for underlying meanings.

• Judgement
He likes decisions to be made as soon as possible. He is not comfortable with loose ends and likes to see conflicts resolved as soon as possible; he has a preference for a well-structured, orderly lifestyle with few surprises. It may not be all that important who makes the decisions that gets things done as long as things do get done. Ben takes commitments very seriously. While he is not inflexible, he does like to stick to a plan once it is set into motion..

Seeking a committed, long-term relationship with a fine lady who resides in Nanaimo, BC Canada.

Message was sent to user!

User was added to your Hang Outs (Likes) list!

You have sent a Friend Request to this user!