No Need for a Contrarian Stance Against Gender Stereotypes in Dating

Traditional gender stereotypes are a huge talking point in the last century. Females are wearing jeans, cutting their hair short, being highly educated and taking up roles in the workforce.

There’s nothing wrong with that. In fact, I look up to women that work. They aren't supposed to be ‘kept in the kitchen’, unlike traditional beliefs and views. To quote Leo Tolstoy, ‘nothing is so necessary for a young man as the company of intelligent women’.

On one of my dates with a woman, she was a tom boyish sort that enjoyed sports. I got nothing against that and one of our first dates was cycling through a park.

I went out with her a couple more times but I can’t help but notice that she kept to jeans and long trousers. Nothing against jeans but, I do think women look great in dresses. I slightly edged her and lightly commented that she should wear a skirt and it’ll look great on her. Yes, I was nudging her to try on a more feminine look.

She retorted and stated: ‘there’s really no need for me to wear skirts since I’m comfortable in jeans and I don’t need to do it to please you’.

I found myself turned off by her statement. Not because I am a traditional masochistic male that wants his women to wear skirts and keep long hair, but I believe that if a is fundamentally against the idea of grooming herself universally traditional female standards, it’s an unattractive behaviour.

I regarded her more as a friend after that. The entire date lacked polarity.

In such instances, you are revisited by the wisdom of David Deida, the author of a popular book: The Way of the Superior Man. He argues that there is a fundamental polarity and difference between the feminine energy and masculine energy.

You get women who keep long hair, wear dresses and maybe a short skirt. They move their bodies and behave in a way that men can never replicate. She also fits into a typical gender role of the female.

There’s nothing inherently wrong with that. There’s no need to take a contrarian stance against traditional gender stereotypes unnecessarily.

It’s not ‘new age’ for the male to state that he is not going to conform to certain traditional, universal male standards of discipline, hard work, work ethic and being minimally financially competent because it’s the 21st century and there’s NO NEED to fit into ‘traditional gender stereotypes.’

Let’s face it, men appreciate women that doll up and put in the effort. Yes, we do. No, women ‘don’t belong to the kitchen’ and can be assertive in their opinions. However, don’t use feminism as an argument to take a contrarian stance against traditional or perfectly acceptable standards.

Men put in the work to become financially competent so that he can hopefully attract a woman on a date or raise a family. It’ll be unhelpful to argue against this ‘traditional stereotype’, because it’s no longer important in modernity to conform such stereotypes.

There’s no need to take a contrarian stance against these perfect fine and acceptable standards.

There’s no need to take an active contrarian against universally accepted cultural norms: it’s widely accepted that the male gender should be the proactive gender in the courtship process, whether be it initiating physical touch or conversation.

Today, I can appreciate how much women put effort into their looks, to look beautiful, sexy and physically attractive. I think it’s a positive thing. I don’t think it’s a ‘narcissistic’ or a solely ‘feminine’ thing at all. I also think that a matured masculinity can appreciate that, and desire that. 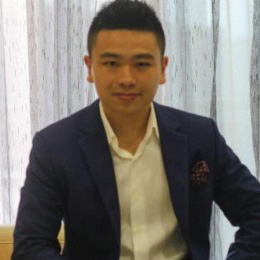