How Does the Perception of Sex Differences Between Men and Women?

Sex is an essential part of the man-woman relationship. While it is not exclusive to just humans, you can easily feel that it’s different from humans. Particularly in the way that men and women perceive sex as being very different. Although the physiological process underlying sex and sexual arousal in both genders is the same, the subjective sexual experience in males and women is quite different. While men will love to have sex, not minding certain conditions, women love to do it only when the conditions are right. This is a stereotype, but how true is it? Is it also common knowledge that the sexual drive of men is higher than those of women?

Several studies show that the sexual drive in men is more straightforward and stronger than in women. For women, it is harder to point to the source of their libido. Women tend to involve more emotional connection when their sexual desire is concerned and are mostly influenced by the cultural and social factors that they are open to. On the other hand, the perception of sex for men is more physical than emotional.

The differences in male and female sexuality are very stark, and some of them are noted below:

Orientation: The sexual orientation of men is mainly physical and compartmentalized. For men, sex is a high priority, and they love the variety and the physical oneness that they would get from it. However, the sexual orientation of women is more relational and holistic. Even though they expect an emotional oneness from it, they do not see it as a priority. It is also a form of security for women.

Needs: It is also worth noting that both genders have different sexual needs. For men, they don’t want to be turned down for having sex. They want to feel physically needed while being admired and respected all the same. On the other hand, women need to feel emotionally needed. They also need some time to determine if they want to have sex with someone or not. However, love and understanding are non-negotiable for them.

Sexual response: Men get excited very quickly, and their response is usually acyclical. They tend to initiate any sexual move between them and the women, and it’s tough to distract them from sex. However, women show slow excitement towards sex, and their response is usually cyclical. Most of the time, they respond to the man’s initiating move rather than be the initiator (especially in a relationship). It is effortless to distract them from having sex or other sexual-related activities.

Orgasm: Sexual orgasm is a less discussed topic in sexual relations between a man and a woman, but it is essential, even though it is very different for both parties. Orgasm for the man is usually very short and intense and can lead to species’ propagation. The orgasm is also physically oriented, and men wouldn’t be sexually satisfied without it. The feeling is different for women. Orgasm is often longer and more in-depth, and the feeling is to propagate oneness between both parties. It is also emotionally oriented, and women can be satisfied sexually even without reaching orgasm.

These are some of the significant differences between the perception of sex for both men and women. It might not be 100% accurate for all individuals, but this is the significant difference for both genders. So, even though the physiological factors responsible for sexual arousal are the same, both genders have their different needs and sexual orientation responsible for the difference in sexual perception.

The sex drives for both genders are also influenced by several patterns that both genders exhibit. People might show varying ways from these, but generally, some of the norms are as follows:

Men are very strong sex seekers. It doesn’t matter if the relationship is at the start, middle, or has been ongoing for many years; men will always be the seekers of sex in a relationship. Men are also more interested in having casual sex than women and would love to have many sexual partners in their lives.

Even if sex is outlawed or frowned upon societally, men are still very likely to seek sex still. Laumann, in his studies, found that:

3. Sexual turn-ons in women are more complicated than in men.

If you ask ten women what turns them on, you are unlikely to get an answer from all of them. Not all women know their turn-on because it isn’t as straightforward as men’s. It is easy to turn men on. They are quite specific and rigid about their turn-ons and who turns them on, the person they love and want to have sex with.

On the other hand, many women are open to having sex with someone of the same sex because their sex drives are much less directed. There’s a higher tendency for women to have sex with and love someone of the same sex than in men. This is why you would find that homosexuality is a more fluid concept with women than men. Also, lesbians are more likely to get involved in sexual activity with men than a gay man is with a woman. This is why you will find more bisexual women than men, and they will report their sexual orientation as their choice.

4. Sexual satisfaction is less direct for women than men.

When it comes to sexual satisfaction, both genders take different paths to reach the goal. Women’s desire is more subjective and contextual and is built upon layers of emotions than you have in men. This is different for men that don’t even need as much imagination as the woman. For men, sex is very straightforward and much more uncomplicated. Although men try to connect as well in a relationship and want love and intimacy like women do, they seek it very differently. Sex is how they express themselves best; it’s how they connect.

Men and women perceive sex differently, even if the factors causing it are the same in both genders. The difference in perception is due to numerous factors already discussed in this article. 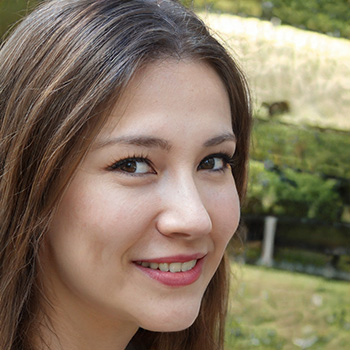 About The Author: Grace Scott is a Political Journalist, writer at dissertation writing services, and traveler from Kirton. She loves to explore new people, places, psychology and write and estimate International Politics. Find Grace on Facebook.